This site is best used when viewport is larger

Crumbs from the Table of Joy 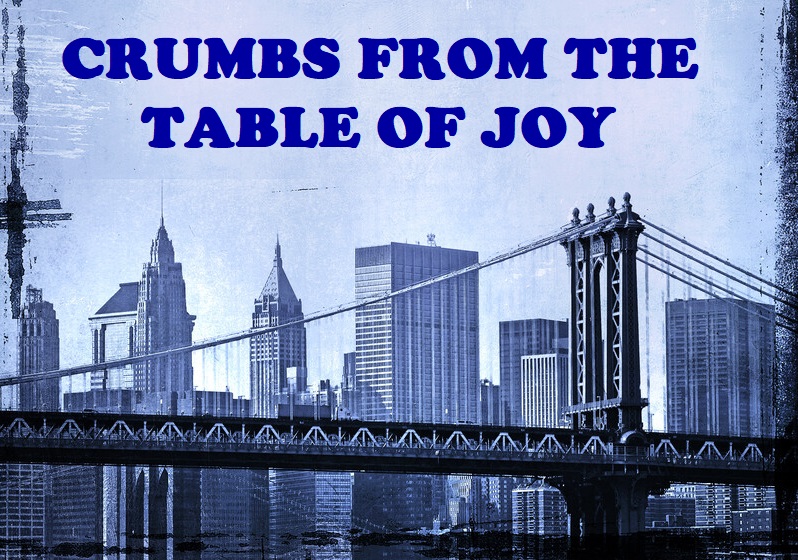 Crumbs from the Table of Joy

It is 1950, and Godfrey Crump has just moved his daughters Ernestine and Ermina up to Brooklyn, New York, from the easy southern heat of Florida. His wife has died, and he packed up his still-reeling family to chase the dream of a religion that will heal his grief, through the guidance of a man who calls himself the Divine Father. Ernestine, 17, is the protagonist whose eyes guide us through this story, told through the fantasy haze of her memory, so similar to the finished perfection of the films Ernestine comes to love. She and Ermina, a sassy and outspoken 15-year-old, are only just adjusting to their new lives in Brooklyn when their mother’s sister Lily arrives, fresh from Harlem where she has cultivated her own respected sense of individualism and intellect.

The two girls--Ernestine in particular--driven by her goal of graduating high school in the coming summer, are taken by their aunt’s unfamiliar and daring ways and both struggle against the control of their father and the church he so desperately worships. Meanwhile, Lily is collapsing in on herself, terrified of a life without purpose, and, as she spirals, she catches the family in her wake of dissatisfaction and impatience.

When a clash between Godfrey and Lily leads Godfrey to leave for a few days and come back with a new white, German-immigrant wife and no explanation, the family’s tiny Brooklyn apartment takes on a new meaning of discord. Gerte, Godfrey’s new wife, is hopeful about her new family’s eventual love for her, but having just left war-torn Germany, is incensed by the idea that her race should have any impact on her stepdaughters’ feelings towards her. Ernestine, Ermina, and Lily, however, know that things are different in America, and idealism can only take you so far.

Show tickets and Showtimes
The Windham Theatre Guild is a non-profit organization that has been producing quality community theatre since 1985. Hundreds of community volunteers join us each year as we strive to offer live theatrical and musical productions and education in the performing arts that promote the growth, quality and general welfare of the Arts in Eastern and Central Connecticut.